I’ve written before about how much I love Pluralsight. I really can’t recommend the company highly enough and that’s just as a customer - you should see what the employees think about the place! As the sun was shining, I decided to look over some of the courses today and decided to chop up some of the stats about what was available, by whom and for how long. All basic things, really, but it helped satisfy some curiosity I had about some of the numbers. On that note, here are some of the things I found out, but before you continue, there are some caveats: 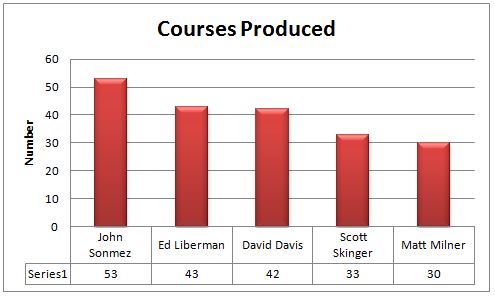 The numbers above are literally staggering. Imagine how much effort goes into producing just one of these videos and then multiply that by the numbers above. For example, Troy Hunt said (that for him) there are 12 minutes of work for each minute of Pluralsight video. Mind you, these are top rated authors, so their standards are high. I’d be interested to learn how little time is spent on some courses. I guess it would also be a factor of natural ability and expertise, though. 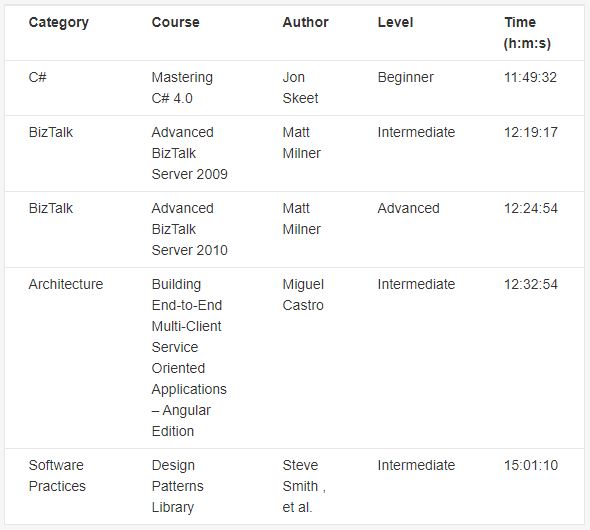 These are substantial numbers, but actually there were a few more that were longer, though retired (such as: CompTIA Security+ (2008 Objectives) by Paul Gadbois). This goes to show some of the value you can gain out of Pluralsight; running a marathon would be quicker than many of these times!

From the above, you can see that John is far and away the leader of the pack, but that isn’t surprising because I think Pluralsight is one of his many forms of passive income. Whatever the reason, it is impressive to be able to produce useful content in this many categories, successfully, for anyone. The other thing I notice is that the list is a little like a who’s-who of technology. 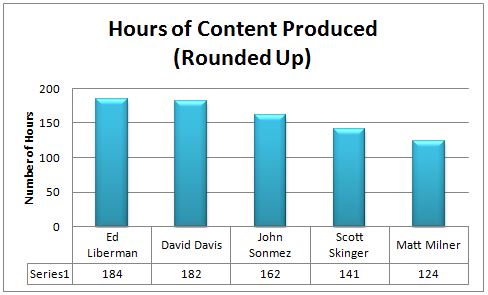 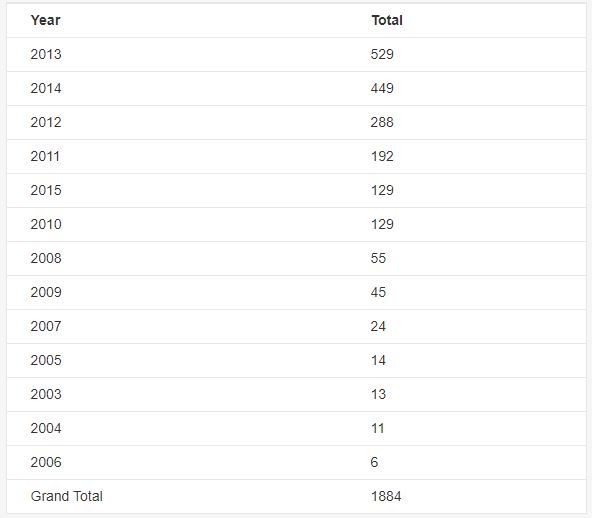 We’re only part way through 2015, but they seem to be on target for matching the 2014/2013 years. I wonder how the acquisitions factor in – are they added to the year they were really produced or purchased? 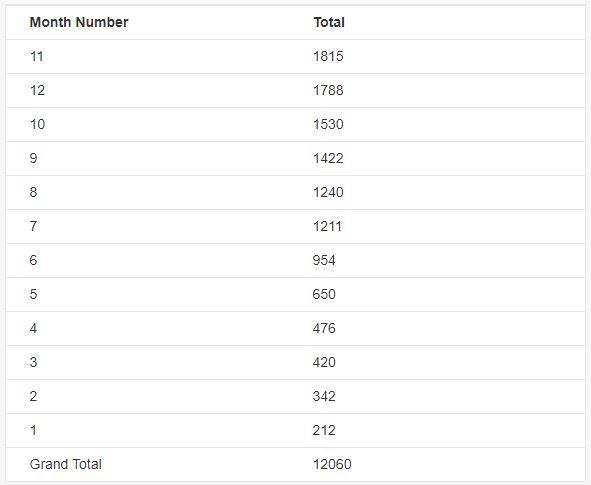 It seems like the dark winter months are good times to produce a video! It reminds me of some facts about when babies are born :-) 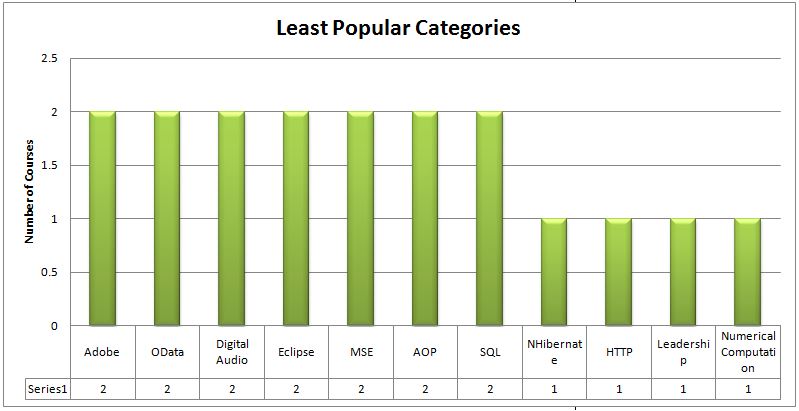 The Most Populated Categories 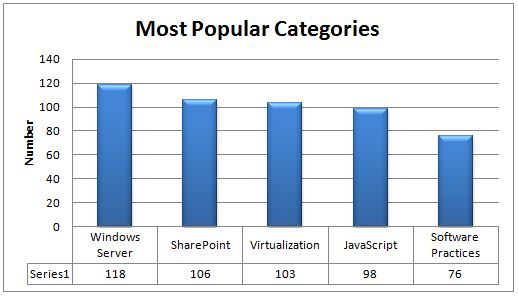 To go along with the previous statistic, here we have the most popular stuff. I think it would be interesting to match the categories against views - is size/number as important when scaled by actual views? Well, that’s it I guess! I don’t know how useful this might be to anyone but it’s here just in case.