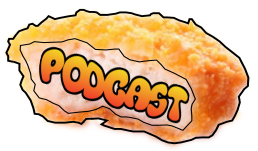 It’s been a little while since I last did a podcast review post but I have been listening to loads – just without a pen to make notes :-) However, some of the these were so good that I just had to write about them, so here we are…

With all of the announcements being made, there have obviously been lots on ASP.NET 5 but what I really liked about this one is that not only did they go through each new feature one by one, but also talked about what that really meant for developers. That, for me, made it much more useful and helped place the changes in context.

Kent is of course a big proponent of TDD and Extreme Programming so this episode was great because he talks about where it all started. His motivations, ideas for the future and what he is currently working on also feature. I guess what really made this one so good, though, is that Kent is such a ‘great’ and oft-quoted technologist that what he has to say is worth listening to.

I know from my time in education just how much stories can influence and ‘stick’ and this episode is all about that. The basic idea is that if you want to get a message across, wrap it in a story because that way it becomes much more engaging and likely to be remembered. There’s lots to say about this so start with this episode and then move onto the book by Dan and Chip Heath (Made to Stick).

Jez Humble is another one of those guests that speak so easily and freely but at the same time, are incredibly interesting to listen to. The best bit about what he says are his stories. One was about a dysfunctional car factory in America that was doing really badly (sorry, I forget the names but he mentions it in the podcast, naturally). The staff morale was low, employees were deliberately sabotaging the products (e.g. putting coke bottles into door wings) and defects were rocketing. Eventually, it shut down and it was then that a Japanese company stepped in and bought it because they wanted to manufacture in the US. After sending the exact same workforce on training in Japan, they totally turned it around and were producing cars at the same standard as the Japanese factory. Pretty amazing! Moral of the story? I guess many, but that people can change is one. Leadership is key is another. Working as a real team might also feature there somewhere, too!

Many people have said good things about Miguel but for me, the best bit in this podcast is all about how Xamarin have set up a test lab where you can programmatically test you phone apps against a huge number of mobile devices in different combinations. That alone makes this podcast worth a listen! Well, that’s it for now! Hope this has been helpful.