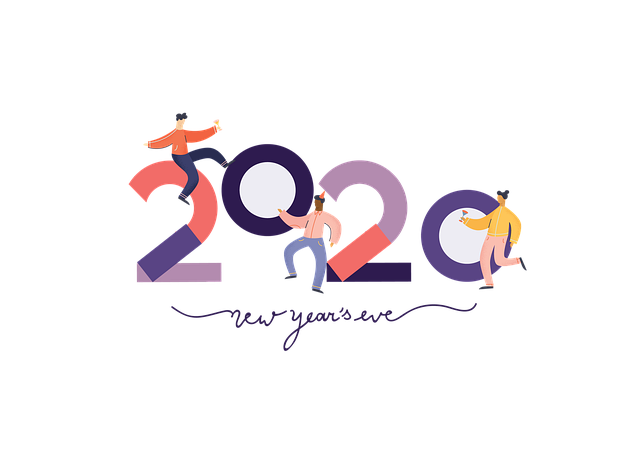 I’ve been reading a bunch of people’s reviews of their past year via Twitter and despite everything they are often really positive, which is fantastic considering. This caught my eye though: 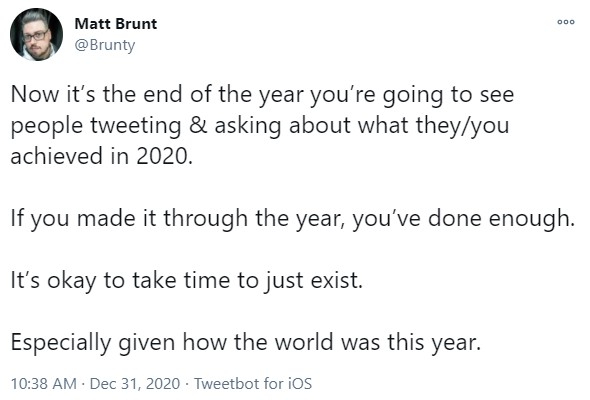 That’s kind of how I feel, to be honest. We’ve got heaps going on at home and some of the goals I set at the beginning of last year seem pretty meaningless right now when I think about what some people have experienced and are living through.

Reading it though was quite interesting. I had three goals for 2020:

Let’s tackle them one by one.

Blog at Least 4 Times a Month

This one wasn’t too bad. Out of 52 possible blog articles, I managed 32, so I definitely scored big on the units. Everything kind of went south from the end of July until November. As for December, you can see I am cheating and breaking my habit of posting a review in January; now why is that?

Mostly it was stuff about how to solve issues I have come across at work or in my private projects, so that also depends on whether I have something to say!

Oh man…I have three subscribers and I am scared to check whether my mother is one of them (she isn’t). This was a major fail. No new videos.

Oh man…I bought two domains and despite starting something with both, came nowhere near finishing anything. I am excited about one of them though and hope to do something (completely) next year with it.

Let’s check those stats - there must be some good news, right?

What is really bizarre are my numbers of users in the Best Months. I don’t know which bugs my brain had at that time, but my numbers were all off and much lower! The best months stayed mostly the same, but showed significantly fewer users, so I’m not sure how I managed that. That said, my totals were right in column 2 at least…

The most striking thing is that my numbers are going down, despite posting more. So what are the most visited pages?

Coming out top was the one I wrote about using the Raspberry Pi to do video conferencing with 1,807 views. The funny thing about that is that I wrote that in 2019, haha!

Next up is a JavaScript tutorial I wrote explaining how to create mazes. That one has 1,350 views and was written back in 2015, the year I first started my blog.

Number 3 in my hit list was an article about adding favicons using MVC (ASP.NET).

I remember reading sometime that you should focus your writing on one area, and I think that has borne fruit in my case!

I’m so tempted to say that my goal is to have no goals, just so that I can get a massive win next year, but that would be cheating of course. OK, here goes.

Deja-vu right. No, this time, it’s going to be different. I am going to just write stuff as Pat Walls does in his blog. I don’t think I can be as open, but I can certainly talk. Yes, I can do this!

I’m going to be working on that exciting project (to me) I spoke about earlier, so I will write mostly about that. No more how-to blog entries, unless they come up - they don’t have any stickiness and I am not sure how useful they are to anyone but me. To be honest, just being useful to me is enough because I often forget how I solve things.

I’m not giving up on this one - I have some ideas of things I want to do, so let’s see if I can achieve it next year. Second time lucky.

Alright, that’s all for now folks. New year, new me.